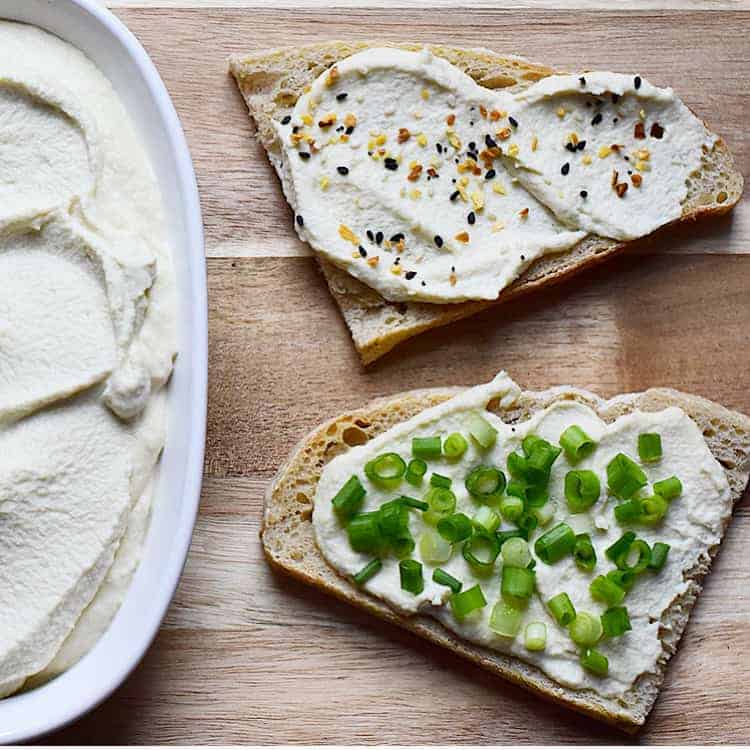 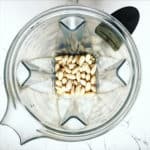 Over the last few months, I’ve been sharing my experiments with different vegan nut-based “cheeses.” My family misses cheese the most and not having cheese has been one of the harder sells in getting us to go plant-based. My focus is to recreate vegan cheese recipes that are as satisfying as their cheese counterparts.  I’m pretty pleased with my vegan cashew cream sauce. I use it so often that I’ve taken to making a basic version of it, dividing into it smaller portions and then freezing it so that I have it when I want it.  After that, it’s a simple thing to add the seasonings I need for whatever dish I am working on.  The recipe is posted here. 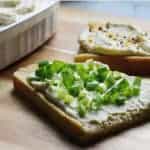 Today I’m very pleased to finally share my nut-based, vegan “cream cheese.” I spent a lot of time tinkering with this one. Sometimes the simplest ideas are the best as it turns out. With just 6 ingredients, two of which are salt and water, this recipe will be a staple in our house. Almonds are the base ingredient in this recipe. They are more mild than cashews, which I was finding a lot of in other recipes. In addition to soaking the almonds overnight, I used a few key ingredients to get the creamy texture as well as the slightly sour tanginess that one would expect from a cream cheese. (Those being a dairy-free almond yogurt (I like Kite Hill) and just a touch of lemon juice).

Keep The Mess To A Minimum

Best of all, this vegan “cream cheese” is a 1-blender recipe that’s ready to serve immediately unlike a lot of vegan cheese options which require some time to set. When it’s done, I typically top a bagel or a piece of toast with it.  Then I top that with traditional cream cheese favorites like scallions, chives or Trader Joe’s Everything But The Bagel. 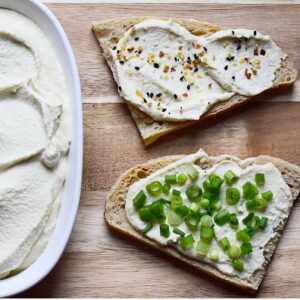 With just 6 ingredients, two of which are salt and water, this vegan version of cream cheese features mild almonds accented with a few key ingredients that give this vegan option the tanginess that one expects from a traditional cream cheese.
No ratings yet
Print Recipe Pin Recipe
Prep Time 8 hrs
Cook Time 10 mins
Total Time 8 hrs 10 mins
Course Breakfast, Snack
Cuisine American
Servings 8