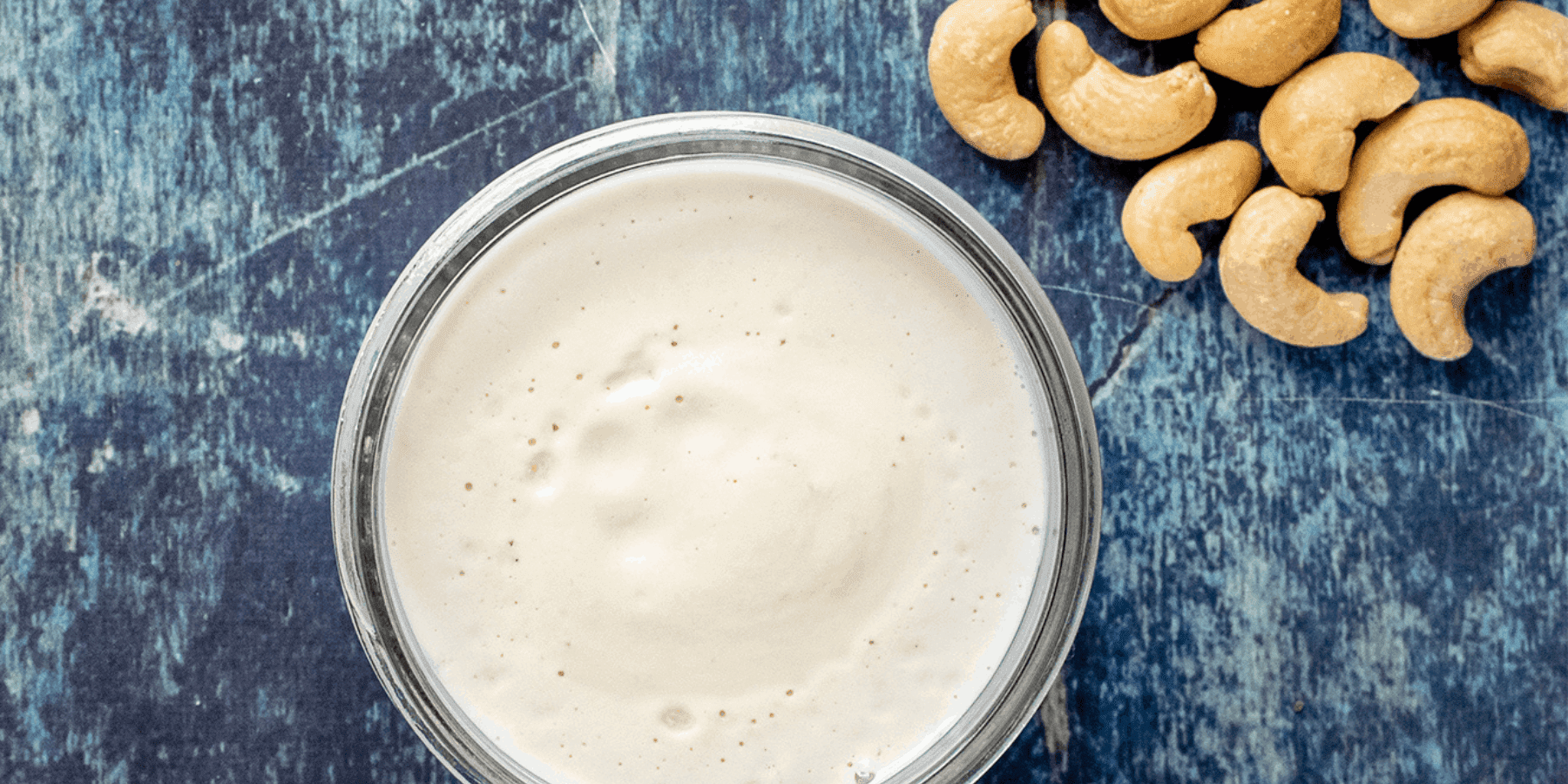 This Cashew Cream: 3 Different Uses for Cashew Cream Sauce in Your Vegan Cooking! Recipes Included! includes affiliate links. When I find a great product or service, I like to share it with my readers. Sometimes I use affiliate links so I can earn a commission for my recommendations. Thank you for your support!

Of all of the recipes I’ve created, I go back to this one the most. Why? Because cashew cream has so many uses. With a basic cashew cream recipe you can make a wide variety of vegan recipes. From vegan cheese sauces like alfredo sauce, to nacho cheese dip, to vegan salad dressings, to creamy vegan soups, to rich vegan ice cream, cashew cream is truly a vegan workhorse!

What is Cashew Cream?

Cashew cream is a simple blend of cashews and water. That’s right! The base ingredient to this wildly versatile vegan ingredient is mostly cashews. If you’re new to vegan cooking, you might not have cooked with cashews much. After you start using them though, you won’t know what took you so long!

In my Vegu-cation post: Why Cashews Are King, I get down to the nitty gritty on cashews. I talk about how to shop for them, store them and, most important, I share a bunch of vegan recipes that showcase this heart-healthy vegan ingredient.

By nature, cashews are a soft nut which makes them perfect for making a cream sauce. To capitalize on their creaminess, you need to soak them in hot water for at least 30 minutes before blending them. It also helps to have a high-speed blender, like a Vitamix.

My base cashew cream sauce (just cashews and water) is not very exciting. While it’s decadently creamy, it’s fairly bland in taste. Cashew cream gets interesting when you start adding ingredients to complement the dish you’re preparing.

For example, if I want to make a pasta sauce, I add fresh lemon juice, nutritional yeast, garlic and salt. Nutritional yeast is a non-active yeast used in vegan cooking. It has a nutty, cheesy flavor that works well in vegan cheese substitutes. The fresh lemon juice gives the cashew cream that certain pucker-inducing tang that we’ve all come to expect from cheese. And salt, well… salt, as we all know, is a great flavor enhancer. It brings out the best in all the other ingredients

This basic recipe is what I use in my Vegan Lentil Bolognese which goes into dishes like my Vegan Baked Pasta Recipe and my Vegan Stuffed Shells.

That cashew cream sauce I described above isn’t limited to Italian vegan food. I use the same combination in many of my Mexican-inspired vegan recipes too. For dishes like my Black Bean and Sweet Potato Enchiladas, I use the recipe as it is above. But for treats like my BBQ Black Bean Nachos, I’ll throw in some red onion, mustard and tomato paste to make an epic Vegan Nacho Cheese Sauce!

Using cashew cream for desserts wasn’t a no-brainer for me. I was hard at work on my cookbook, 5-Ingredient Vegan Cooking, and racking my brain to make a really, really good vegan ice cream. Then it dawned on me: I could just use my cashew cream!

To do this, I swapped out the nutritional yeast, garlic, and lemon juice and added salt, vanilla extract and sugar. The result was a decadently sweet cream! Perhaps a little too decadent. My first batch of ice cream was a little too cashew-forward, so I swapped the water out for oat milk in my second batch. The result: creamy, sweet perfection! Check out my Chocolate Peanut Butter Pretzel Nice Cream!

What’s in My Kitchen to Make Cashew Cream Sauce Easier?

I maintain that this is an essential kitchen tool. Yes, I know that you can squeeze a lemon (or lime, or orange) with your hands, but do that and then try this and see just how much more juice you get from each fruit. It also has the added benefit of separating (most) of the seeds from the juice.

I know, I know! Not another kitchen gadget. But hey, I’m not going to tell you to not buy an ice cream maker!

Honestly, vegan ice cream (also known as nice cream) is easier to make and serve with an ice cream maker. I have an older version of this one and, despite it seeming like a frivolous purchase, I actually pull it often quite often in the summertime.