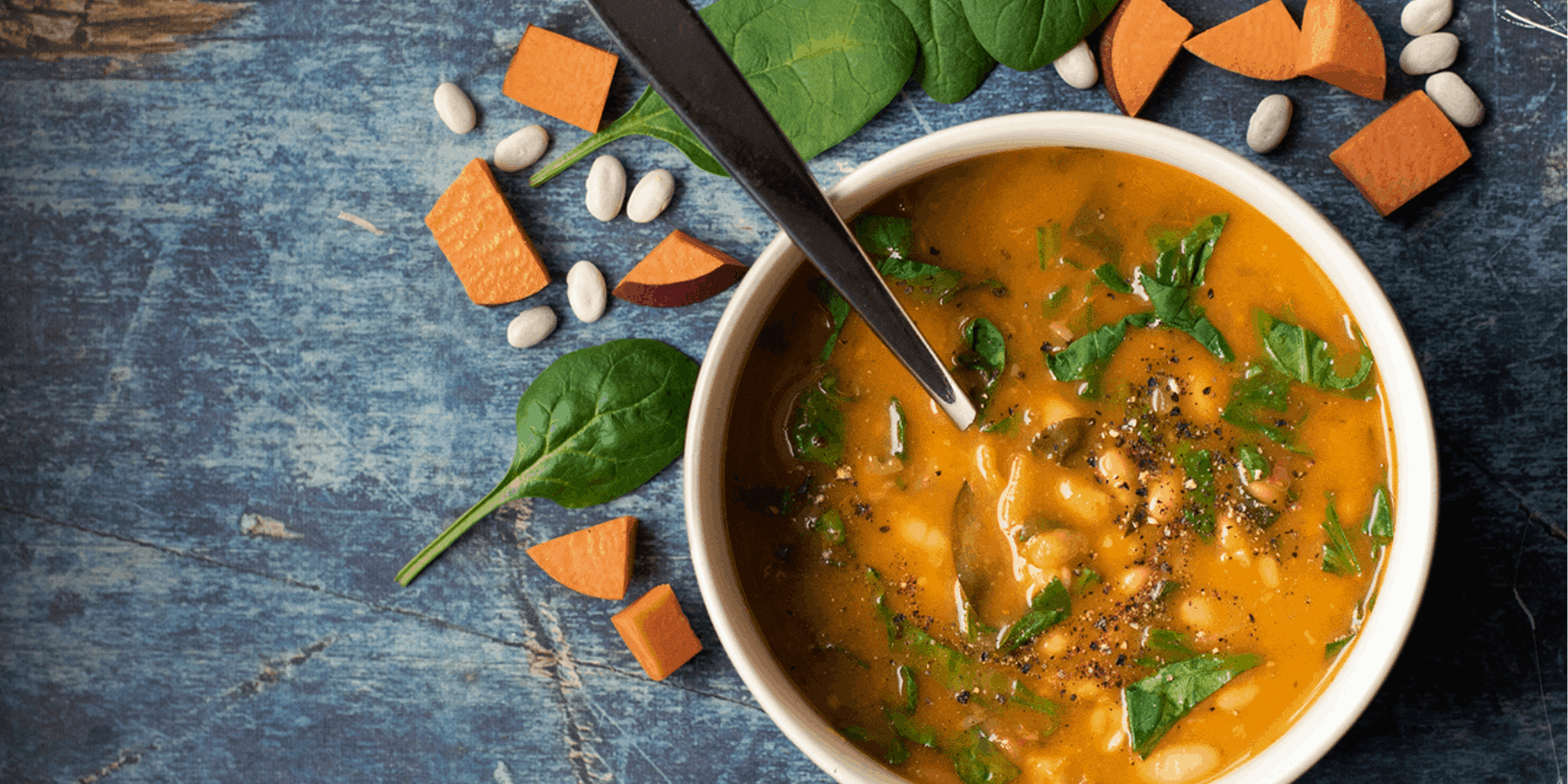 White beans are my new thing! I’ve been learning about, cooking with and dreaming up vegan white bean recipes for days now. This Vegan White Bean Stew is just one of the amazingly tasty recipes I’ll be sharing with you over the next several weeks, so stay tuned. In the meantime, let’s get down to details on this creamy, vegan white bean soup recipe!

What Are White Beans?

If you’ve been cooking for a while, you might be well aware of the confusion around white beans. Recipes often call for white beans, but don’t specify what type of white beans to use. Does “white beans” mean Navy Beans, Cannellini Beans, Great Northern Beans or Lima Beans? And does it make a difference if you substitute one type of white bean for another?

This issue drove me bonkers, so I decided to dig in and get to the bottom of white beans. What I learned really opened the door for me to use white beans in more of my cooking. These healthy legumes vary in taste and texture and can add so much to your vegan cooking. If you too want to better understand white beans, be sure to check out my Ultimate Guide to White Beans!

Vegan White Bean Stew: What Kind of White Beans Should I Use?

Great Northern Beans maintain their structure when they’re cooked, but still do wonders to thicken this vegan white bean soup as they slow cook. They are pretty easy to find as dried beans and canned beans at most grocery stores.

Yes, while I am choosy about the beans I select for my recipes, I know that sometimes you can’t find the right beans. Or, you’d rather use what you have in the pantry. I totally get it.

Tell Me More About This Vegan White Bean Stew!

This vegan white bean soup’s standout quality is its thick, rich consistency. It’s practically a white bean chowder. By looking at it, you might guess that it uses a cream substitute, but you’d be wrong! That hearty broth is purely the product of the beans being cooked down over time. And…maybe the sweet potatoes too. We’ll get to that in the next section.

To achieve this, I make this vegan white bean soup recipe in my slow cooker. Actually, I have a multi-cooker, but a slow cooker will work too. I’m certain you could achieve these results on the stove top as well. Whichever method you choose, keep some extra water on hand to supplement the broth as the beans absorb the liquids.

What Other Vegetables Are in This Vegan White Bean Stew?

In addition to white beans, this vegan white bean soup features carrots, celery and sweet potatoes. Carrots and celery are common vegetables that I use when making soups from scratch. Carrots are a no-brainer, but I feel like celery is often overlooked. Don’t be a celery over-looker. Using celery adds depth of flavor. It’s got an herbal aroma and lends a salty touch to vegetable broth.

I added sweet potatoes to this vegan white bean soup for a few reasons. First, sweet potatoes are wonderful for you. They’re a good source of fiber, Vitamin C, Manganese, Vitamin B6 and Potassium. They’re also packed with Vitamin A (only 769% of the DRV!!) and I’ve been obsessed with the effects of Vitamin A on skin health lately!

This vegan white bean stew is a “set it and forget it” kind of meal, with the exception of occasionally checking in during the cooking process to make sure that the liquids haven’t completely cooked off. Once it’s finished, I like to add a tbsp of sherry cooking vinegar (the acid brightens the whole pot) and then season each bowl with salt and fresh ground pepper!

Like This Vegan White Bean Stew? Be Sure to Check Out My Other White Bean Recipes!

If you like this vegan white bean stew recipe, you’ll love the other ways white beans enhance vegan recipes. In particular, may I direct you toward my Vegan Cassoulet? This dish is so delish, it’s capable of converting even those most diehard carnivores. Okay, maybe not… but I bet you can get them to try a Meatless Monday!

This Pappardelle Pasta with Kale & White Bean Ragu is the perfect meal for a chilly winter evening. The slow-cooked white bean stew is richly favorful with plenty of nutrients. Pasta is, of course, the key to comfort food, but the cashew cream sauce isn’t too shabby either!

Going vegan doesn’t mean giving up rich, savory dishes. If you need proof, all you have to do is try this Vegan Cassoulet. This cassoulet recipe has more than one trick up its sleeve for delivering a vegan dish that has all of the qualities of its traditional preparation.

What’s in My Kitchen to Make This Vegan White Bean Soup Easier?

A couple of years ago, I replaced my traditional crockpot with this multi cooker. I love this thing. It has settings for sautéing, simmering, braising, boiling and warming (among others). It’s one-pot, slow cooking at its finest. I sauté my onions and garlic, then bring my broth to a boil, reduce it to a simmer and low, slow cook it all afternoon. All in one device. 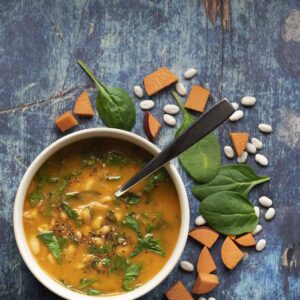