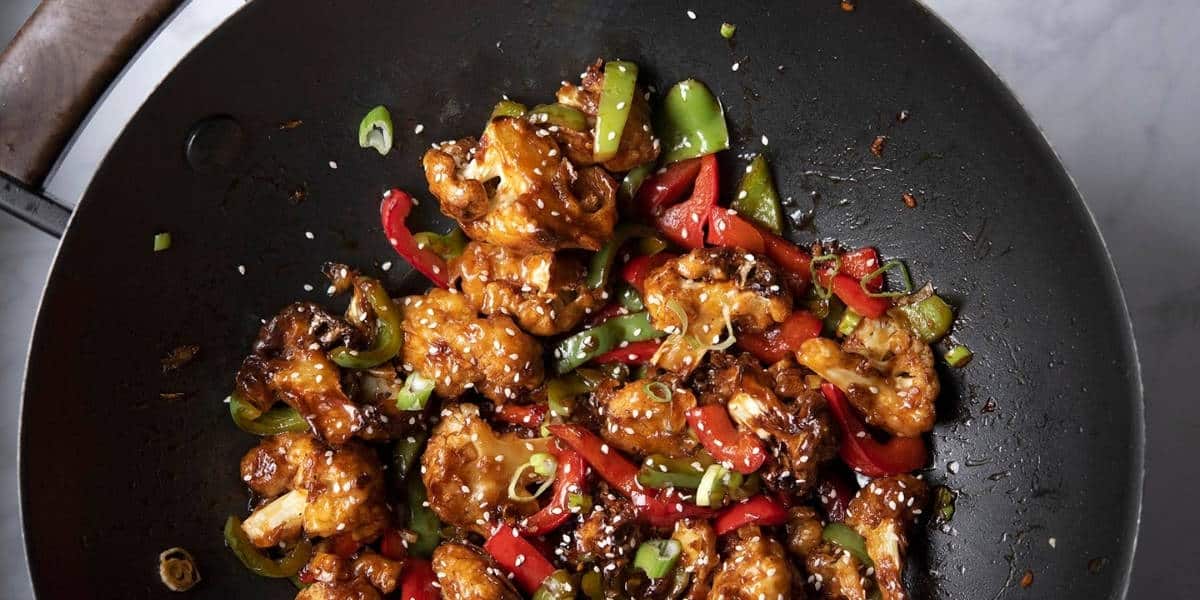 This Air Fryer General Tso Cauliflower: Satisfy Your Takeout Craving with this Chinese Cauliflower Recipe! post includes affiliate links. When I find a great product or service, I like to share it with my readers. Sometimes I use affiliate links so I can earn a commission for my recommendations. Thank you for your support!

Satisfy Your Chinese Takeout Craving with this Chinese Cauliflower Recipe!

I’ve been a lover of the Chinese dish General Tso’s for as long as I can remember. As a kid, I picked General Tso’s as my birthday dinner more than once. When I got older, I learned how to make General Tso’s Chicken at home. It only makes sense that I would want a vegan General Tso’s dish in my repertoire now.

This Air Fryer General Tso Cauliflower dish highlights how Chinese cauliflower recipes can be a great way to adapt your favorite dishes to a plant-based diet. I like to substitute cauliflower for chicken in many of my old-favorite Chinese food recipes. The texture is so satisfying and cauliflower is a healthy option, especially when air fried.

What is General Tso’s?

Is There a Real General Tso?

There is, but it’s doesn’t appear that he had anything to do with the General Tso’s dish. According to Wikipedia, General Tso was a Qing dynasty statesman and military leader, but whether he ever ate his namesake recipe or even knew about it is unknown.

I like tofu, I do. But I think that cauliflower makes a better vegan substitution for chicken. I just prefer the texture. For this recipe, I decided to air fry the cauliflower. I’m sort of hot on air frying right now. I love that I can get a crispy, fried exterior to my food without having to deep fry.

If you don’t have an air fryer though, don’t worry. I included oven instruction in the Recipe Notes below. Before I had my air fryer, I developed several Chinese cauliflower recipes that call for roasting battered cauliflower in the oven. Check out my Crispy Orange Cauliflower with Steamed Asparagus or my Roasted Cauliflower in a Sticky Lemon Sauce. They taste wonderful too.

It depends. If you’re making it yourself, you can make it any way you’d like. In this Air Fryer General Tso Cauliflower Recipe, I add sriracha for spice. The recipe calls for ½ tsp, which I think adds just enough spice to balance out the salty-sweet flavors, but I love spice so it’s hard for me to gauge what’s too spicy.

If you’re sensitive to spice, I recommend leaving the sriracha out of the recipe and adding it as a garnishment at the end.

What is General Tso’s Sauce Made Of?

My Vegan General Tso’s Sauce is made with scallions, garlic, ginger, tamari, rice vinegar, maple syrup and sriracha sauce. I add a cornstarch slurry (a simple 1:1 combination of water and cornstarch) to thicken the sauce as it cooks.

These are all really simple, easy to find ingredients, making this Air Fryer General Tso Cauliflower Recipe a great way to put a healthy, tasty vegan dinner on the table.

Do You Love This Air Fryer General Tso Cauliflower Recipe?

Do you love this Chinese Cauliflower Recipe? Be sure to check out my other vegan Chinese food recipes! If you’re into sweet & spicy with a hint of citrus, then my Crispy Orange Cauliflower is for you! Want to skip battering your cauliflower? Then check out my Roasted Cauliflower in a Sticky Lemon Sauce.

Looking for an easy, vegan Chinese food recipe? Look no further than this Crispy Orange Cauliflower. Lightly battered and baked cauliflower is the perfect vehicle for a tangy, sticky orange sauce. Homemade Chinese food has never been tastier!

Skip the takeout tonight and make this Roasted Cauliflower in a Sticky Lemon Sauce instead! This easy vegan recipe is simple and ranks among my favorite vegan Chinese food options. To keep this vegan dinner healthy, I roasted the cauliflower instead of frying it and tossed it in an easy lemon sauce sweetened with maple syrup instead of honey. Then I paired this delightful vegan meal with simple steamed asparagus and brown rice. 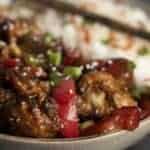